The Netherlands eScience Center in collaboration with University Medical Center Utrecht, SURFsara and DTL/ELIXIR-NL organized one of the first Data Carpentry Genomics workshops in Europe.

Twenty-five life science researchers from across the Netherlands and Germany joined the event on March 22nd and 23rd in Science Park Amsterdam. The workshop covered multiple aspects of working with genomics data.

Lex Nederbragt from the University of Oslo, kicked off the event with an introduction to the core dataset. The rest the first day focused on working with R in RStudio environment to explore, clean and visualise metadata in a tabular format, presented by Mateusz Kuzak from the Netherlands eScience Center and has been wrapped up by Anita Schurch from UMC Utrecht introducing the Unix shell and file system navigation. 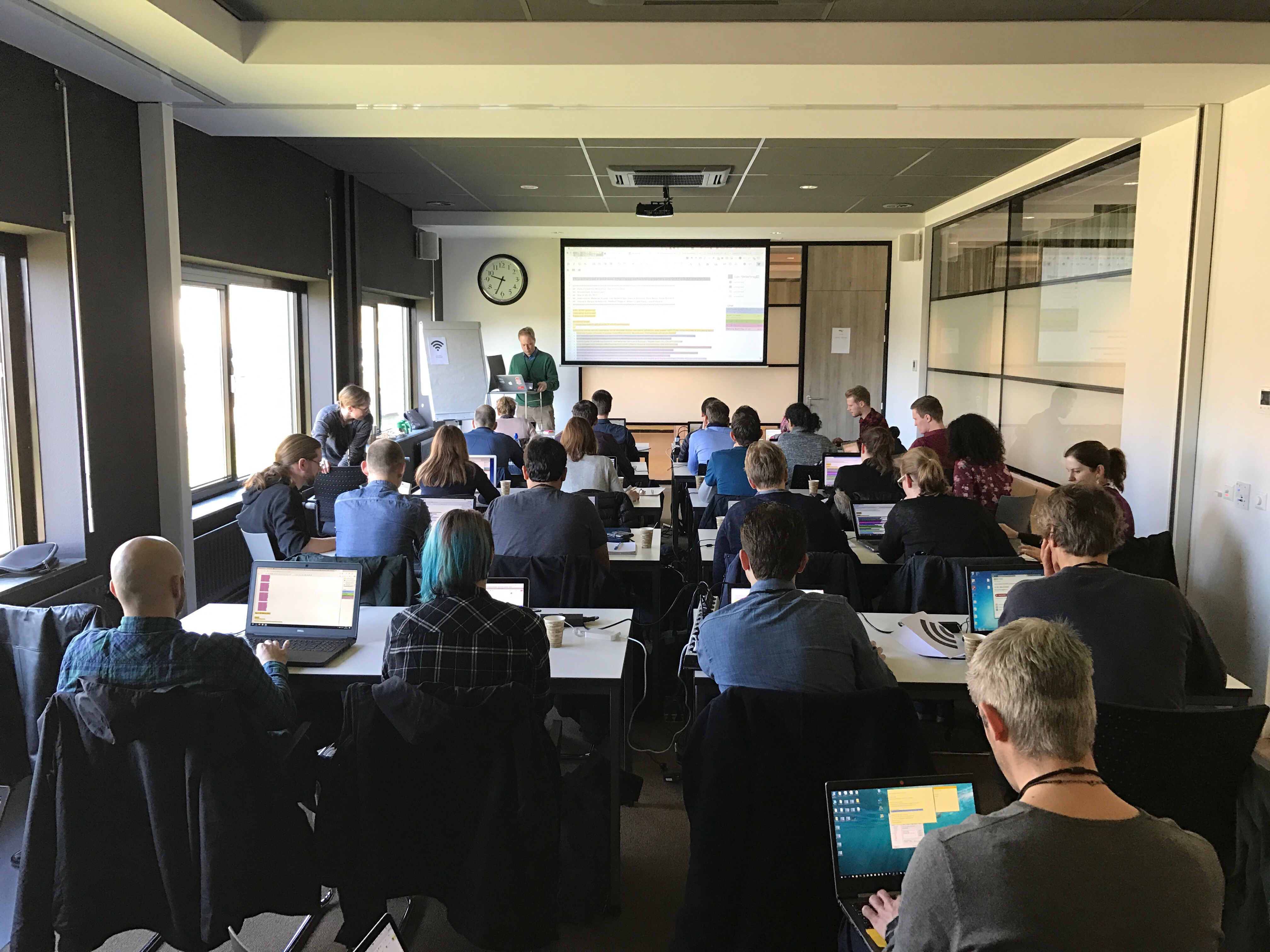 The following day Denis Schmitz and Sam Nooij from National Institute for Public Health and the Environment continued the Unix shell lesson, showing how to search, organize and document the project and how to use for loops to do quality control of sequencing data. Afterwards, Lex dived deeper into shell automation, scripting and workflows. Anita followed up with the ways to move data around between the cloud and learners’ laptops. At the end of this hands-on intensive day, Natalie Danezi from SURFsara introduced High-Performance Computing resources available to Dutch researchers.

During those two days, participants were not only presented with various techniques of efficient data analysis but also had the opportunity to learn how to use remote cloud resources provided by SURFsara and Amazon. Instructors collaborated with SURFsara consultants, Natalie Danezi, Ander Astudillo and Niek Bosch in the preparation and documentation of the virtual machine running on National HPC Cloud, based on the original Data Carpentry Amazon AMI. This image and the documentation will be used in future workshops organized within a partnership between ELIXIR and Software and Data Carpentry Foundations.

The event closed with drinks and snacks at nearby Maslov Cafe. 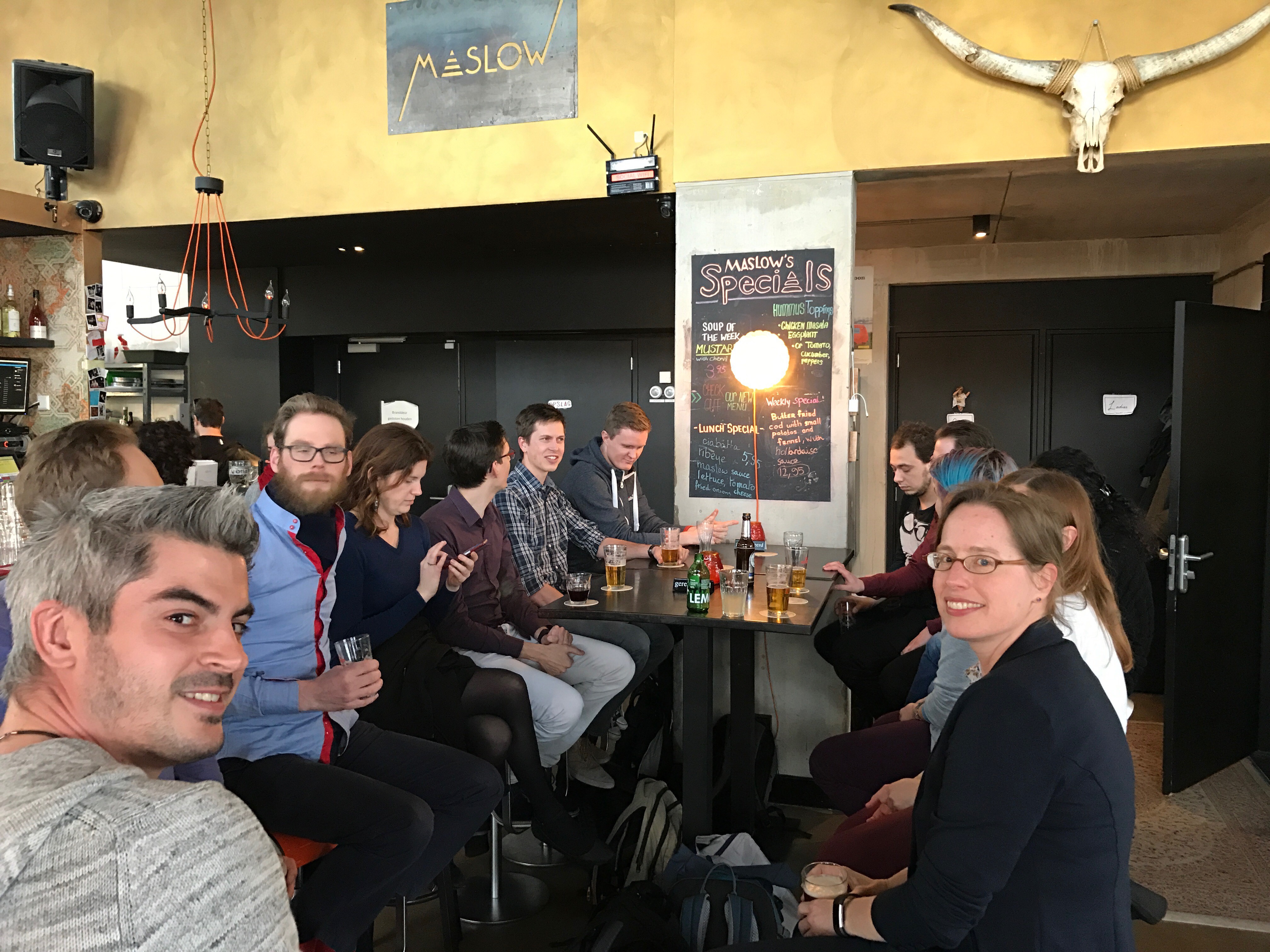 We are just at the beginning of the journey. More work needs to be done on improving genomics lesson, and Data Carpentry is looking forward to contributions from everyone interested in providing help. You can read more about it in the recent Data Carpentry blog post